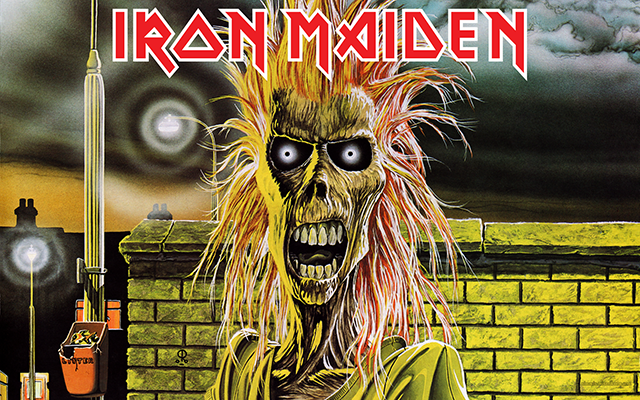 Just as Iron Maiden settled their legal battle with the classic song, “Hallowed Be Thy Name,” it looks like these legends are being accused once again. According to legal documents we received by Barry McKay himself, who was also part of last year’s dispute, former vocalist Dennis Willcock is suing the group over copyrights on five different songs from their early career and musician Terry Wilson-Slesser is suing for one song. In total, the band are being sued based on six of their songs, which is in excess of €2,000,000. This new claim is against Steve Harris, Dave Murray and publishing company Imagem London Limited. The brief statement reads “A claim for injunctions and damages for breach of copyright.”

Willcock left the group back in 1978 as the documents state he turned his back on the music industry by 1980. Willcock claims that during his time with Iron Maiden, he wrote the lyrics to four songs in 1977 – “Prowler,” “Charlotte The Harlot,” “Phantom of the Opera,” and “Iron Maiden.”

Section 4 of the claim document states:

4. During 1977, Mr. Willcock wrote the lyrics to four songs as follows:

4.1 Prowler: This song was inspired by a friend of Mr. Willcock and was performed by Mr. Willcock wearing a rubber mask. The music was written by Mr. Harris (with some contribution by Mr. Murray).

4.2 Charlotte The Harlot: This song was inspired by a colleague of Mr. Willcock. The music was written by Mr. Murray.

4.3 Phantom of the Opera: This song was based on the novel by Gaston Le Roux. The music was written by Mr. Harris.

4.4. Iron Maiden: At the time when Mr. Willcock joined the band, Iron Maiden performed a song under this title. In substitution for the then existing lyrics, Mr. Willcock wrote new lyrics to fit in with a theatrical stunt involving a sword and fake blood.

Section 5 claims that by 1978, Mr. Willcock co-wrote (with Mr. Harris) the lyrics to “Prodigal Son.”

The court documents also mention a sixth song that musician Terry Wilson-Slesser is suing the group by claiming his lyrics for the 1974 Beckett track, “A Rainbow’s Gold” which was also a piece of original literary work is now stating that “Catch your soul he’s willing to fly away,” was copied onto the group’s classic song “Hallowed Be Thy Name” with the lyrics “Catch My Soul cos it’s willing to fly away.”

“The part copied from Rainbow’s Gold contained elements which expressed the authors’ own intellectual creation. Mr. Harris did not seek or obtain the licence of Mr. Wilson-Slesser or Mr. Mountain or Island Music Limited to copy part of Rainbows Gold in Hallowed Be Thy Name. “

We reached out to an Iron Maiden rep earlier today and received the following statement from the band regarding their latest legal issue:

“This is outrageous. Absolutely ridiculous.”

Read the full documents below: