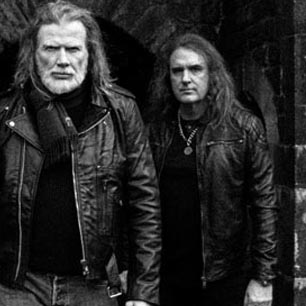 We have been paying close attention to the recent firing of Dave Ellefson by Megadeth, and here is the latest on this ongoing saga. Ellefson, a founding member of Megadeth, has been dealing with some indiscretion that has come around to bite him, costing him his gig with the thrash giants.

Ellefson initially told police that Megadeth’s management was aware of the allegation, and they informed him that the accuser had harassed other members of the group and was advised to “sit tight,” that the whole turn of events would soon “blow over.” On May 14, Ellefson told Arizona police involved with the investigation that the band would be parting ways with him. On May 17, Ellefson was fired. Dave Mustaine released an official statement of the firing on May 24, reading, “We do not take this decision lightly. While we do not know every detail of what occurred, with an already strained relationship, what has already been revealed now is enough to make working together impossible moving forward.”

Longtime bandmates, the duo of Mustaine and Ellefson founded Megadeth in 1983 and have created a steady stream of heavy music since. Ellefson has vowed to file a defamation lawsuit against the person who released a video of Ellefson engaging in self-pleasure during a virtual sexual encounter with a Dutch fan, which is where all of this started.

Megadeth has yet to announce Ellefson’s replacement.