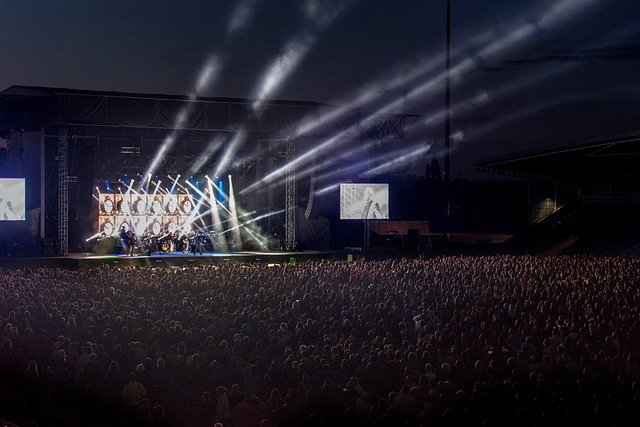 One of the best ways to enjoy metal music is at a live show. Whether you are supporting a local group or planning to see AC/DC on tour you will not be short of fixtures each year.  Some of the biggest metal concerts have been held in sports stadiums and amphitheaters, entertaining thousands of fans on-site and millions globally through streaming.  Here are some details about the site of some of the biggest metal concerts that have taken place around the world.

The Monsters of Rock festival in Castle Donington, UK launched some legendary metal bands, including Guns N’ Roses. The festival was so successful it went on location around the world. Taking place in Russia on 28 September 1991, just one month after the fall of the Iron Curtain, it was destined to go down in history as being pivotal in the history of metal in the country. It was estimated that more than 1.6 million rock fans packed the Tushino Airfield near Moscow to see Metallica, AC/DC, Pantera and the Black Crowes as well as Russian heavy metal band E.S.T. Despite the 1,000 militiamen standing guard around the stage, the crowd went wild at the event sponsored by Time Warner Inc.

US Festival in California, 1983

Organized by Steve Wozniak, one of the co-founders of Apple, an extraordinary US Festival took place in 1983 that was watched by around 700,000 people who are unlikely to forget seeing stars of the LA glam rock scene including Motley Crüe, alongside some of the greatest metal performers of the era Judas Priest, Scorpions and Van Halen. The Ballad of Frankie Lee and Judas Priest, written by Bob Dylan, is likely to have influenced some of those at the festival to become experienced gamers using baccarat tricks. Although baccarat is a game of chance, you should read the rules before you start.

The Summer Jam at Watkins Glen Grand Prix Raceway in New York in 1973 was a music festival that showcased The Band, The Grateful Dead and The Allman Brothers Band playing extended sets and a unique blended jam session featuring players from all three bands. Around 500,000 people attended the event, turning up a couple of days in advance of the one-day event. On the day itself, the jam between all the musicians did not turn out as expected. The Band members were drunk, The Grateful Dead tripping, and The Allman Brothers under the influence of cocaine.

This three-day festival in Bethel, New York saw 500,000+ people gather for what was billed as “An Aquarian Experience: 3 Days of Peace and Music,” and came to symbolize the counterculture movement of the 1960s and a significant part of pop culture history in the US. The organizers had originally planned for 50,000 attendees, but about half a million people reached the venue. The metal performers at the festival included The Grateful Dead, The Who and The Band as well as Joan Baez and Jimi Hendrix. Famously, Led Zeppelin and The Rolling Stones were among a list of artists who declined an invitation to perform.