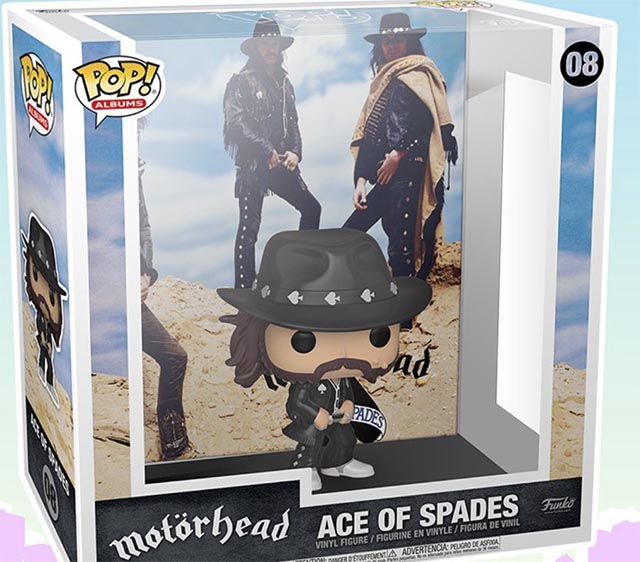 What do Bret Michaels, Motorhead, and AC/DC have in common? Other than being some of the biggest names in the history of rock, they’ve also all recently joined the Funko Pops! movement. The vinyl collectibles are going to be released as part of the popular Albums series, with each band being paired with one of their most famous records.  This isn’t a new avenue for Funko, as the collectible company has previously partnered with other big names in the entertainment industry: Iron Maiden, Slipknot, Black Sabbath, and Metallica are just a few of the names that have their own Funko figures. The company behind the figures is based in Everett, Washington, and specializes in creating unique pop culture collectibles. They offer recognizable features from every entertainment avenue, including film, sports, retro toys, and more.

As we’ve mentioned, the two featured bands are being paired with their most famous tracks. For AC/DC, it’s the classic Highway to Hell from 1979. The set will feature Angus Young in a themed devilish schoolboy outfit, with the album’s cover art coming in a protective case. Motorhead figures will come paired with the classic 1980 record Ace of Spades (was it ever in doubt?). The band’s timeless record is known for its western theme, and so it’s no surprise that Lemmy is every part of the cowboy in this release. The set also comes with the Ace of Spades cover art, just like the AC/DC release, which can be hung up on your wall.

Bret Michaels of Poison fame doesn’t come bundled with an album, but rather with an individual theme for each figure. You get the classic t-shirt, ripped jeans, and bandana look, while you also get a unique future with a cowboy hat. We’re assuming this is because Funko made the deal with the individual artist, rather than the rights holder of the album as a whole.

Each figure is priced between $11-15, which isn’t an extortionate price point by any means. They can all either be pre-ordered or you can sign up for a release notification on the official Funko website.

The Story Behind Motorhead’s ‘The Ace of Spades’

The track is instantly recognizable. It’s one of the all-time rock classics, and it’s the signature record of the legendary band. While their Golden Years release turned the band into household names, it’s Ace of Spades that brought them rock immortality.

The record has also attained cult status amongst gamblers (yes, it’s even been named the greatest gambling song of all time, beating out tracks like Lady Gaga’s Poker Face). It’s their anthem, their psalm. And, as we can read at Casinos.co.za,  while most players seek ways to learn how much they can get compared to what they wagered, frontman Lemmy has a more carefree and straightforward approach to gambling we can see straight from the start of the song with lyrics: “If you like to gamble, I tell you I’m your man. You win some, lose some, all the same to me. I don’t share your greed, the only card I need is the Ace of Spades. The Ace of Spades”

Lemmy confessed that his goal was to stuff as many references to gambling as humanly possible. He included the snake eyes, dead man’s hand, the joker, and the high one. The myth around the track was also of epic proportions; Lemmy even claimed to have penned the lyrics whilst sitting in the back of a van, speeding down the highway at 90mph. Of course, the ‘message’ fans liked wasn’t limited to gambling; the carefree attitude, the attitude towards risk, and the riffs that defined the band’s sound all combined to create the benchmark sound of the era.

Ace of Spades wasn’t a number 1 hit (in fact it ‘only’ reached number 15 in the UK charts), but it’s been a classic amongst rock fans almost from the start. When Lemmy died of cancer in 2015, fans started an online campaign to get it to the top of the charts. It managed to reach spot 13, two higher than the 1980 release high, reflecting just how much fans still love Lemmy and the epic record.

Too Much of a Good Thing?

Would Lemmy have welcomed Funko defining him with Ace of Spades? Truth be told, he was sick of it towards the end. Just like anything, too much is, well, too much.

But ultimately, we think he would have relented, signed off for the sake of the fans. He did the same with the song itself, playing it live till the very end. He explained that fans clamored for it at every gig, and put it this way: if he were to go to a Little Richard concert, he’d expect the tracklist to include Long Tall Sally.

It typifies Lemmy’s down-to-earth attitude. Even though he felt the band had put out material to rival or even outdo Ace of Spades, knew it defined their sound. And so we think he’d put on a fake smile and pose with his Funko pop figure, for the fans. And hey, truth be told, it’s a very cool collectible. 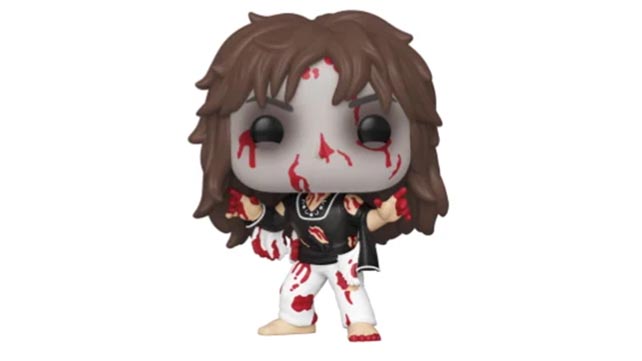