As forms of entertainment continue to merge or morph together in the online sphere, it is no surprise that metal music has become part and parcel of the online gaming experience, with everyone from pro-gaming streamers to recreational button bashers being lured by the sound of soaring guitar riffs and guttural vocal lurches. We take a look at just how metal has found its way into the gaming mainstream and how it will no doubt continue to rage on via broadband connections up and down the land.

Quake and Doom Were the Forefathers of Metal in Video Games

In the more corporate environment of today’s games development studios, a boost in profits would be put towards something boring like a dividend payout to shareholders or perhaps a bonus or two for upper management. However, back in the 80s and 90s, when games development was still something of a fun-loving wild west, studios like Id used the bundles of spare cash they made from titles Wolfenstein and Doom to pay one of the biggest metal bands in the world to make a soundtrack for their upcoming game. The band they plumped for were Nine Inch Nails and the game the band were given free rein to lick sound over was Quake. The rest is history, with the game featuring one of the most iconic soundtracks ever made, leaving gamers spellbound by the extra tension and atmosphere the music created in-game. Since their Quake days, Nine Inch Nails have never looked back; they make as many soundtracks as they do albums, their latest being an Emmy Award winning effort for the HBO show Watchmen. 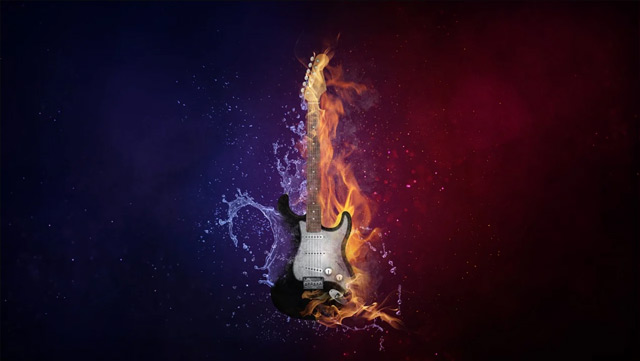 There Are Plenty of Pro Gaming Metal Heads

Of course, games developers would never dream of lacing their games with metal music unless the fans demanded it, but luckily there are plenty of gamers who love nothing more than a mid-game mosh. This extends well beyond video games to include chess and poker pros who ply their trade online, often streaming their exploits on Twitch or Mixer while treating their followers to a heavy metal soundtrack to boot. This has even led to the odd player going one step further than simply blaring Finnish metal, with some even showing off their very own guitar skills. 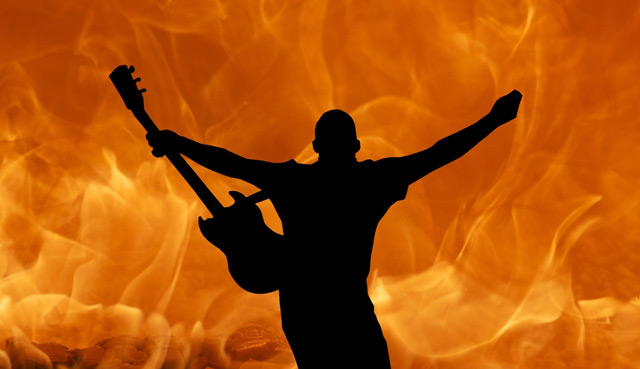 Games That Wrapped Themselves in Metal

There have been many games throughout modern history that have borrowed aspects of the metal scene to bring color and life to their levels and characters, but there have not been too many that have dared to go the whole hog and create a game entirely dedicated to this king of music genres. Brütal Legend was one such game, with its main protagonist being the world’s greatest roadie who is taken back in time to use his metal knowledge to battle the powers of evil. The game is genuinely fun to play and has some classic one-liners that will have metal fans giggling from start to finish, with Jack Black providing the protagonist’s voice.

Taking things to a whole other level was Guitar Hero, which put an actual guitar in the hands of players, allowing them to turn their air guitar skills into something almost resembling the real thing. Metal fans then went giddy upon the release of the very special Metallica edition of the game, which allowed fans to play along to no less than twenty-eight Metallica hits as well as other songs chosen by the band themselves. For a similar experience, but with a wider range of metal tracks and the ability to play as part of a band with your friends, there is the Rock Band series of games, which have had people head banging to their own tracks since its initial release in 2007.