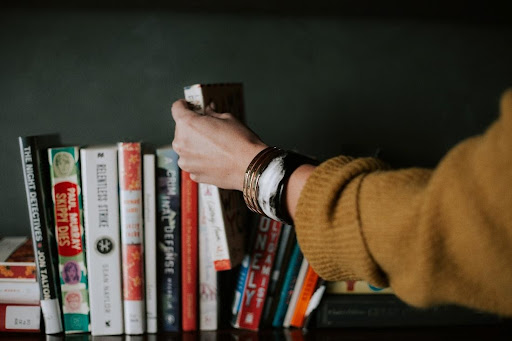 The rock world is an interesting place, and some of it needs to be written down from time to time. Dave Grohl decided to add his own literary take on Nirvana’s fabled history recently, releasing his memoir The Storyteller about his time in the world’s most famous grunge band.

But it’s not just Grohl who has an intriguing story to tell. 2021 has seen musicians and industry experts come together to put into print some of the best rock tales in recent years. If you haven’t already, here are five that you should check out as soon as possible.

Anyone wanting a sordid tale of Nirvana’s excesses from their former drummer may be disappointed. Described as a ‘collection of moments’ by the author, the book is definitely family-friendly, which makes sense as he wrote it for his young daughters to read in the future.

This memoir is still entertaining, though, including snippets from his first-ever tour at the tender age of 18 all the way to his induction into the Rock & Roll Hall of Fame in 2014.

He also talks about his relationship with Kurt Cobain and his sadness over the rocker’s suicide in the early 90s. His subsequent rise to success for a second time with the Foo Fighters is an inspirational story and marks this book down as a must-read this fall.

Rock fans are used to tales of excess from their favorite stars, ranging from drug abuse to issues with problem gambling. Steven Van Zandt, though, is different. Like his best friend Bruce Springsteen, the New Jersey legend has never been one for substances, preferring instead to devote his energy to making music and appearing in award-winning TV shows from time to time. And what a career he’s had. Van Zandt, also known as Little Steven, has led an action-packed life, whether it’s hosting a popular garage rock radio show, founding a record label, or even creating an arts education initiative. It makes for a fascinating memoir in which he talks honestly about his experiences over a 50-plus-year career. After compelling memoirs from Springsteen, fellow New Jersey native Anthony Bourdain, and not to mention Game of Thrones author George R. R. Martin, you can only suspect that there must be something in the water there that makes great writers!

Writing the perfect book about one of the greatest-ever rock bands is impossible, but Bob Spitz comes close. The music manager-turned-writer (he includes Bruce Springsteen and Elton John as former clients) has put together a stunning piece of work that contains over 150 interviews with Led Zep associates over 700-plus pages. If you’re looking for tales of rock debauchery, then this book has it, but its section on the death of drummer John Bonham is an antidote to these wild stories. It’s clear that Spitz has put in thousands of hours of work into this effort, and the result is a compelling read that even non-Led Zep fans won’t be able to put down.

Eddie Van Halen’s music was the gift he left behind when he passed away last October, but he also gave us more than 50 hours of poignant interviews with rock journalists Brad Tolinski and Chris Gill. The duo has compiled these into a superb memoir that covers everything about the rock legend, from his upbringing in a Dutch-speaking household to his rise to fame in the 1970s. It also talks about Eddie’s personality quirks, such as his interest in strange instruments and his obsession with guitar modifications. With the interviews being so up-close and personal, it feels like you’re having a conversation with Van Halen, rather than hearing it via two writers.

Set the Night on Fire: Living, Dying, and Playing Guitar With the Doors by Robby Krieger

Ever wondered what it was like to be in one of the greatest rock bands of all time, alongside the iconic Jim Morrison? Robby Krieger, Doors guitarist, has a first-hand account which he has put into print for the first time– and it’s as intriguing as it sounds. Written as a series of vignettes, it tells the story of how he fell in love with music, where he bought his first guitar and the first Doors concerts in tiny bars and empty backyards. He also covers the infamous New Haven incident where Morrison was arrested onstage after insulting a police officer. Krieger also recounts his own struggles and strikes a delicate balance between the highs and lows of his life. While we’ll never see such a comprehensive piece of writing from Jim Morrison, for many Doors fans this book might be the next best thing.