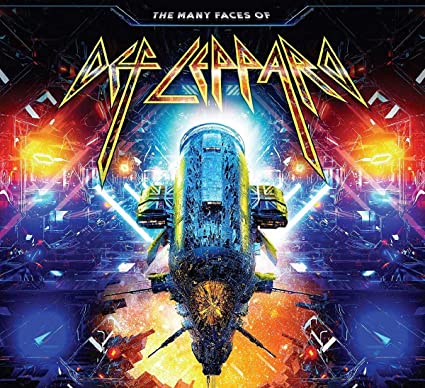 Def Leppard fans get an extra chance to take in their idols as the aging rockers are set to appear in a brand-new Netflix film this year, The Bank of Dave. The film is based on the true story of Dave Fishwick, who opened his own community bank in 2011, Burnley Savings and Loans, with the aim of lending to local residents and businesses who were struggling to get credit with the national and international banks.

It is not yet clear what role Def Leppard will be playing the film, but their appearance was confirmed on social media and by local newspaper, the Lancashire Telegraph. Dave Fishwick, who will be played by Rory Kinnear, set up his own minibus company and became a self-made millionaire, before receiving the first new banking license issued in the UK for 100 years. The story forms the basis for a feel-good movie that is likely to be released before later in 2022.

It’s not the only chance fans will have to watch Joe Elliot and pals this year. In February it was announced that the Def Leppard and Motley Crue Stadium Tour will kick off this June in Atlanta, taking in more than 30 dates before concluding in September in Vegas. The epic tour was originally set to take place back in 2020 but the pandemic ended those plans and the band are thrilled that they finally have the opportunity to hit the road again.

In a statement from Def Leppard, Joe Elliot said: “On behalf of the band, we’re beyond thrilled that the stadium tour is finally happening this summer. It’s been a while coming and we can’t wait to get back on stage again and we can’t wait to see you in one of the many stadiums soon!” For their part, legendary metal band Mötley Crüe, put it like this: “It’s on! We don’t think we’ve ever looked forward more to kicking off a tour than this one. We can’t wait to finally see all the fans across North America again. Get ready for a wild ride this summer!”

The bands see the tour as having a ‘mini festival’ vibe, with Poison and Joan Jett and the Blackhearts opening on all nights. Def Leppard and Motley Crue have both had huge followings since the 1980s with massive success through MTV but this will be the first time they’ve toured together.

And finally, Def Leppard’s music is also set to appear on a new video slot game on release this March as part of developer Play n Go’s Rock n Roll series. The game, titled Def Leppard Hysteria, features the band’s stage set as a backdrop to 5 reels and 7 rows on which special features like Pour Some Sugar on Me Free Spins and Break It Up Wilds help players to score real money wins. The band themselves do not feature in the game but hits from their huge Hysteria album do. If you can’t make the tour, then you can always catch their hits there instead! There is more information about the game and where to play on this site.