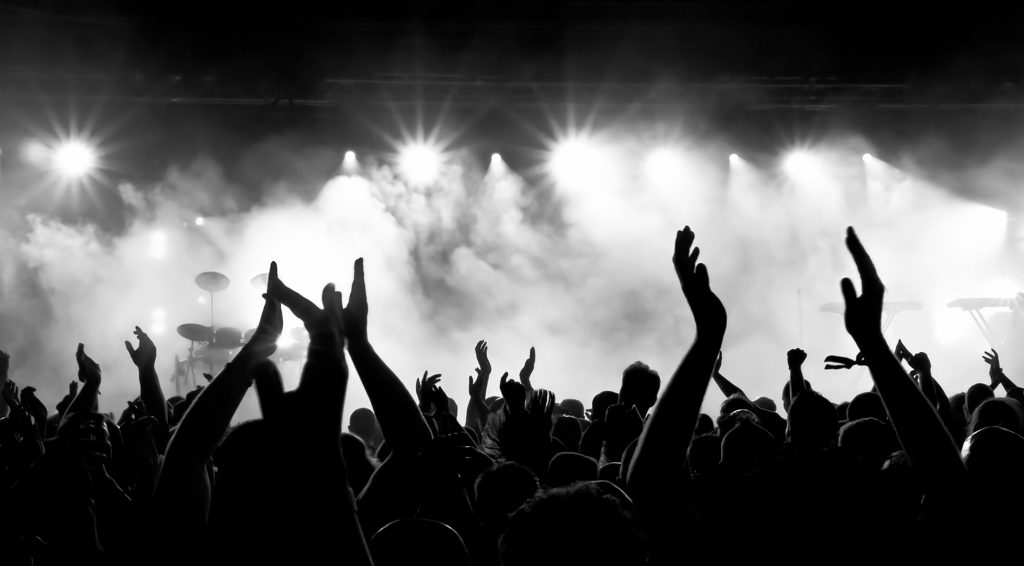 Over the years we have seen rock and metal bands take things to a whole new level in terms of their concert locations. Instead of taking the stage at a famous stadium, a great casino in Vegas or a classic L.A. rock bar, many artists and groups have looked to push the envelope and instead play their tunes in some of the world’s wackiest and craziest locations. From the weird to the outrageous, here are some of the most off-the-wall concert locations of all time.

Chino Moreno from the incredible group Deftones decided to take a zany suggestion by a fan on-board, and ended up playing inside the magma of a volcano. Alongside 20 lucky ticket holders, the Deftones front man made his way 400 feet down, into the mouth of Thrihnukagigur, a dormant volcano near Reykjavík in Iceland. This is certainly ‘rock’ music at its purest.

Metallica have played to sold out crowds for 3 decades now, playing shows all over the world and headlining some of the most famous rock festivals. In 2013 the Four Horsemen decided to take things one step further and play on all 7 continents, which of course included Antarctica. This icy show went down the chilly continent.

Another wacky gig which took place in Iceland was that of Defiled, who took to a floating iceberg  to perform a stunt performance on behalf of their sponsors Jägermeister. This live performance was live-streamed, and only the production crew and the band were in attendance for what was actually a great-sounding concert.

Crazy gigs are certainly not a modern concept, as proven by psychobilly favorites The Cramps back in 1978. The band played in the famed Napa State Hospital, which was a psychiatric institution in California. Whilst the show was filmed, the footage is grainy at best. The concert has since become infamous for the classic line by lead singer Lux Interior “Somebody told me you people are crazy, but I’m not so sure about that, you seem to be all right to me.”

The Sex Pistols wanted to make a statement in the year of the Queen of England’s Jubilee in 1977, so manager Malcolm McLaren decided to book a barge on the River Thames, to house his band of anarchists. As the barge sailed past the Houses of Parliament, the Sex Pistols ripped into Anarchy in The UK, which has since become a watershed moment in punk rock history.

Rage Against The Machine didn’t have permits to play on Wall Street, but that didn’t stop the freedom fighters from doing just that. Such was the chaos which the band caused, Wall Street was actually brought to a standstill and the stock exchange closed early for the day. If you were to ask any of the band members they will no doubt tell you that this could be considered a huge success, and exactly what they wanted to achieve.

Any more zany gigs which you think we may have missed out?