Heavy metal developed in the late 1960s and early 1970s, primarily in the United Kingdom, with roots in blues-rock and psychedelic/acid rock. The unbridled energy and abrasive sounds, characterized by frenetic guitar distortion, pounding rhythms and deafening screaming, portrayed an emotional intensity that had never been explored before. There were quite a number of emerging rock bands that helped influence and shape this genre as we know it today, but the following icons are considered to be the pioneers and progenitors of heavy metal, and coincidentally all had their beginnings in the year 1968. 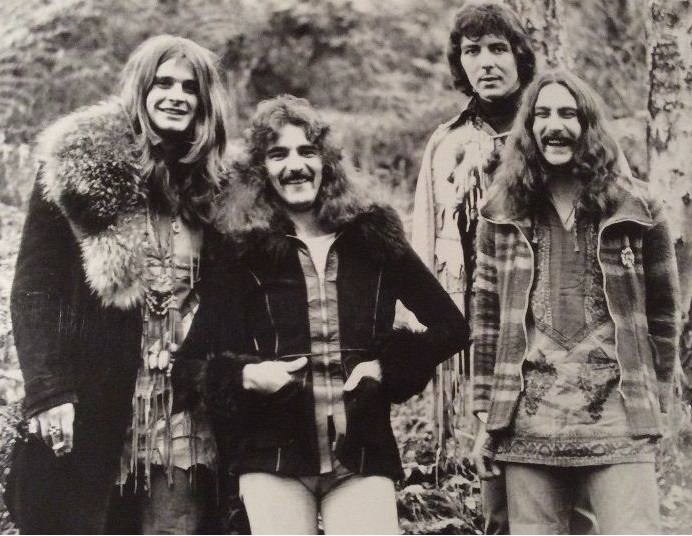 Black Sabbath are considered to be the pioneers of heavy metal, alongside other heavy metal bands like Led Zeppelin and Deep Purple, but what most people might not know is that this dark and horror-inspired band had first started off as a blues-rock band by the name of the Polka Tulk Blues Band in 1968, with lead guitarist Tony Iommi, bassist Geezer Butler, drummer Bill Ward and singer Ozzy Osbourne.

Within just one year the band had gone through lineup changes, renamed their band, broken up and reformed again. Then, in 1969, the band adopted the name “Black Sabbath” after the movie Black Sabbath starring Boris Karloff. But the name of the band wasn’t the only thing that the movie had inspired. From then on, the band began exploring darker themes with occult lyrics and guitar distortion, in an attempt to recreate the sensation you get from watching horror movies.

Their unique sound, albeit new and vastly different from the music being played at the time, brought them instant fame. They launched their debut album Black Sabbath, on Friday the 13th, February 1970 and made a hit. After reaching number 8 on the UK Albums Chart, the band was back in the studios recording their follow up album Paranoid, which was released later in that same year.

Unfortunately, problems started to arise when the lead singer, the god of metal Ozzy Osbourne’s involvement in drugs and heavy use of alcohol became too much for the band. He was kicked out in 1979 and was replaced by Ronnie James Dio, the former vocalist for Rainbow.

In the years to follow, the band would undergo more changes, especially vocalists, In fact, guitarist Tony Iommi was the only constant member of the band all throughout. Today, the band is broken up, but after their Farewell Tour which ended last year, in their home city of Birmingham on 4 February 2017, Iommi left fans with some hope after stating that regardless of their Farewell Tour, he did not rule out the possibility of new material or one-off shows under the Black Sabbath name.

The Prince of Darkness deserves a slot for himself. After having a great run with Black Sabbath, and earning him millions of fans worldwide, Ozzy was let go due to his drug and alcohol abuse. Encouraged by Sharon Arden, who would later become his wife, after dissolving from the band he later went on to pursue a solo career that would bring him even bigger success. Blizzard of Ozz and Diary of a Madman caused a massive upswing for the singer, who adopted a rather softer tone in his later works such as in the songs “Mama I’m Coming Home” and “Dreamer.”In his lifetime, Ozzy has sold more than 100 million records and won three Grammys, and he’s not done yet!

He also received the Global Icon Award at the 2014 MTV Europe Music Awards, and the Ivor Novello Award for Lifetime Achievement from the British Academy of Songwriters, Composers and Authors in 2015. Moreover, apart from being inducted into the Rock and Roll Hall of Fame when he was still in the band, he was also inducted into the UK Music Hall of Fame as a solo artist as well as a member of Black Sabbath.

At the moment, the Dark Prince is currently working on his Farewell Tour and he recently got busy with a new endeavor. In November of last year, Ozzy became the ambassador for Metal Casino, an online casino specifically for metal lovers. In a press release, the 69-year old metal god explained how he was captivated by the team’s love for heavy metal.

“The guys at Metal Casino told me that their brand was all about being true, relevant and dedicated to the customer and that really resonated with me. To me, that translated as keeping it real, keeping it original, and doing it all for your fans, and that’s all I’ve been trying to do my whole fuckin’ life.”

With over 50 years of experience, being the face – and pretty much the soul – of Metal Casino seems to be working quite well for them, as they are getting a lot of positive reviews from various casino review sites. “Ozzy Osbourne is a legend and now he’s a partner with Metal Casino. As far as we’re concerned, this is the biggest sponsorship deal in the world and we’re still in awe that our all-time hero is on board with the project.” Clas Dahlen, CMO of Metal Casino says.

With regards to his old band, contrary to Iommi, Osbourne is adamant about ending it on a high note, not ruling out the possibility of any future performances. 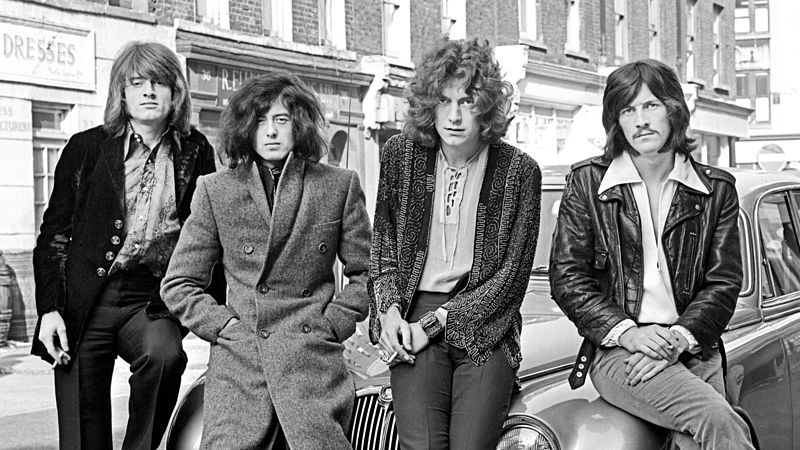 Led Zeppelin is the legendary band that blessed the world with “Stairway to Heaven.” The band first properly formed with the four band members that would later become known as Led Zeppelin in 1968. Former Yardbirds guitarist Jimmy Page had set up the group with lead singer Robert Plant, drummer Jon Bonham, and bassist and keyboardist John Paul Jones.

The band’s music style was initially rooted in blues, while also drawing influences from psychedelia and folk music, until about a few years later, when the band released their second album Led Zeppelin II which featured a stronger, more brutal sound than their previous works. But this did not set the tone for their future work, because if there is anything that this band has proven throughout its career, it’s how flexible and versatile they were when creating music.

By 1970, the band had acheived worldwide fame, and between 1971 and 1975, they were considered to be to be the biggest band in the world. They had also become notorious for their live performances, especially because of their “new” image, as the members started experimenting with their attire, wearing glittery and flamboyant clothing, and incorporating various props to use on stage like lasers, professional light shows, and mirror balls.

It all came crashing down when the band’s drummer Bonham was found dead one morning at Page’s home due to alcohol-related asphyxia in 1980. The band had to cancel their upcoming North American tour, and after that, the team members decided to go their separate ways, claiming that it wasn’t the same without their dear friend and band member that had passed away. The last album they released was In Through the Out Door, their eighth and final album before Jon Bonham’s death. After Bonham’s passing, the members reunited occasionally for one-off performances and only released compilations of previous recordings, and live albums from older concerts.