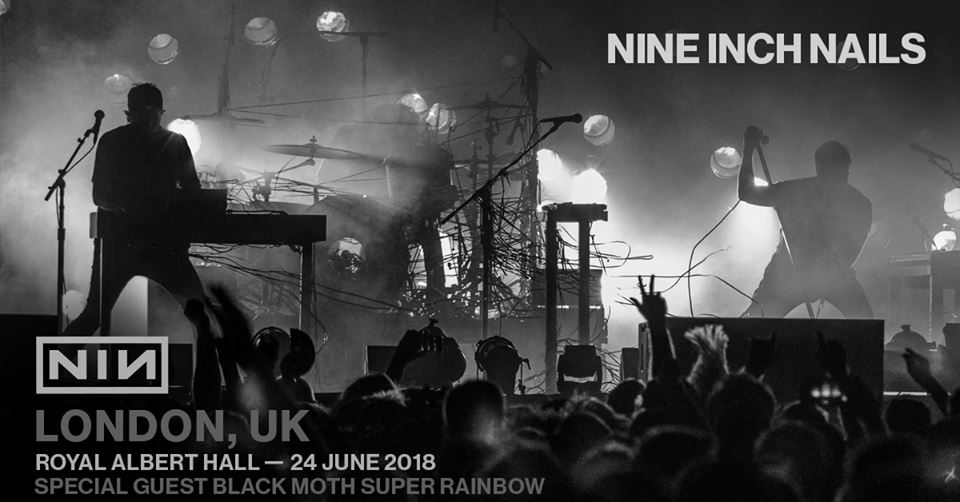 Nine Inch Nails have announced that they will be performing at London’s Royal Albert Hall for the first time on June 24th. Artists including Opeth, David Gilmour, Deep Purple, and The Who have previously performed at this iconic venue. Opeth even made a DVD of their performance. We can only hope that there will be one for NIN. Support will be coming from Black Moth Super Rainbow. The band had already announced a London performance on June 22nd at Robert Smith’s Meltdown festival, which has already sold out. Tickets go on sale tomorrow (16th) at noon.

In other Nine Inch Nails news, the band’s last EP of their trilogy that began with Not the Actual Events and continued with Add Violence will be out by June. Frontman Trent Reznor spoke to BBC Radio 6 about the EP and why it’s taken so long for it to come out:

“We started out with a rigid concept, having not written them all. As we finished Add Violencewe found ourselves… it felt too predictable. It felt like we were forcing things. Musically and storytelling-wise. The reason this has been delayed is because it took us a while for—what has become the third EP—to reveal itself to us.”

He added that they’re in the process of finishing it up and should be out before they start touring in June.