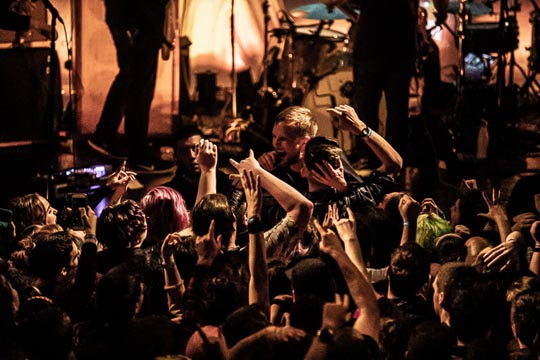 Grand Rapids, MI post-hardcore outfit La Dispute have released their overall fourth full-length album Panorama on March 22nd. The follow-up to 2014’s Rooms of the House marks the group’s first through Epitaph and have embarked on a North American tour to celebrate its arrival with support coming from Gouge Away and Slow Mass. Metal Insider contributing photographer Melinda Oswandel arrived just in time for La Dispute’s set on April 17th at New York City’s Irving Plaza.

It didn’t take long for the venue to fill-up to see these post-hardcore rockers. Never afraid of taking risks, they’ve always experimented with their music by combining different styles including jazz, blues, and prog. And now, with their new album Panorama, they’ve expanded their experimentations by making it their most personal, most massive, and ambitious record to date. Therefore, La Dispute were there to bring the weird and ponderous sounds to the NYC audience.

While the crowd did have a fair share of fans recording parts of the performance on their phones, many were focused on the show as they sang along to nearly every song. Performance wise, La Dispute maintained high energy and intensity, which also included during their jazzier material such as “Woman (In Mirror).”

La Dispute will be touring across North America through May 7th in Seattle, WA before they go overseas for a European trek. Check out their remaining tour dates here. 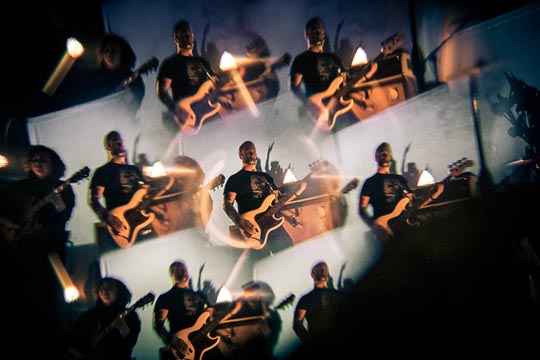 View From Our Bedroom Window”

“First Reactions After Falling Through the Ice”

“Footsteps at the Pond”

“You and I in Unison”