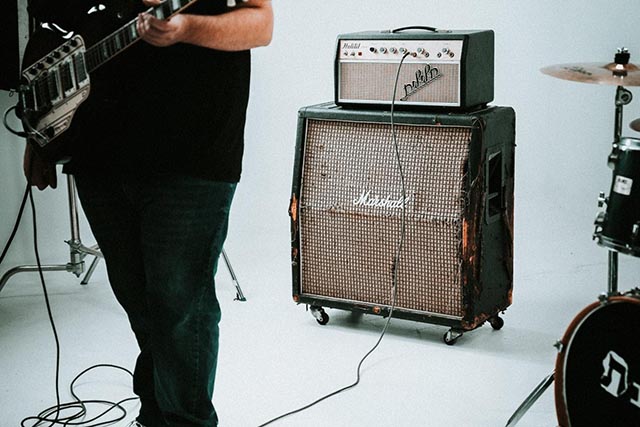 Heavy metal sound effects are becoming increasingly popular in action scenes, games, and suspense-filled visuals. So it isn’t much of a surprise that it’s one of the most sought-after sound effects by content creators and producers. But having a great heavy metal SFX goes far beyond selecting a couple of heavy metal sounds you think sound nice, they also have to fit perfectly in what you’re using them for.

Getting the best result from using a heavy metal sound goes beyond having a sound effect collection that’s synonymous with the best metal albums. You need to precisely apply the sounds in the right scenes of your visual. Here are ways you can do that:

Anyone that’s a fan of highly suspense-filled action movies will definitely notice that some of them have numerous heavy metal sound effects, especially before scenes with a lot of action. This way, the heavy metal sound spills the content of the next scene and puts the viewer in a mood to anticipate it even before the scene happens. Also, the tempo of the heavy metal can help viewers to determine how much action they can expect in that scene.

The transition of any visual usually distinguishes the professional from the rookie. That’s because transitions require extra effort for the scenes to look similar. Whether it’s for a podcast series, a documentary, or a movie scene, a good metal sound effect can make the transitioning scene a noteworthy one.

Metal music can be pivotal in manipulating the pace of the narrative of a scene so that the switch can be smooth. Making a transition with metal music has to be precise, so you might need help with this.

Heavy Metal sound effects can be used to a depict fast-moving world. For example, if you want to depict a real-world fast-forwarded traffic scene, the heavy metal sound effect can help engrain what you’re trying to portray in the minds of viewers. When using heavy metal to portray a fast-moving realism scene, nothing should be spared to ensure that any transitioning you make is very smooth.

How to create a heavy metal sound effect with your guitar

Perhaps you prefer the more difficult option of creating your own metal sound effect with your guitar, that’s possible. However, you must be a skilled guitarist, have a recording studio, and have an idea of the specific metal sound you want to produce.

An essential skill to create a heavy metal sound effect on a guitar is the rare skill of being able to consistently hit the strings without obscuring the notes. A good practice exercise is to palm mute and down stick the low E string with consecutive eight notes at mid-tempo for 60 seconds. Record the tone you’re producing within this sixty seconds period and make improvements where necessary. All other aspect becomes clearer once you can identify your upper limit and you’re consistent with controlling it.

Less gain will give a note separation a tighter low-end attack and clarity, while more gain provides sustain and saturation.

Bass can muddy up the sound effect you want to produce, so it’s best to opt for as little as possible.

Treble brings out an aural flavor that antagonizes the metal sound you want to produce.

Presence works as a high-end enhancer in the amplifier, and some amps can control the resonance when at the low end.

Connect a recorder and record the sound of your guitar playing. You may have to play multiple times to get a perfect sound effect.

Heavy Metal is the fastest growing music genre in the world—this signifies an increased acceptance of its usage. This music genre is not just used as a means of entertainment, but also as a sound effect in visuals. In this article, we’ve discussed ways to use heavy metal sound effects and how to make them.