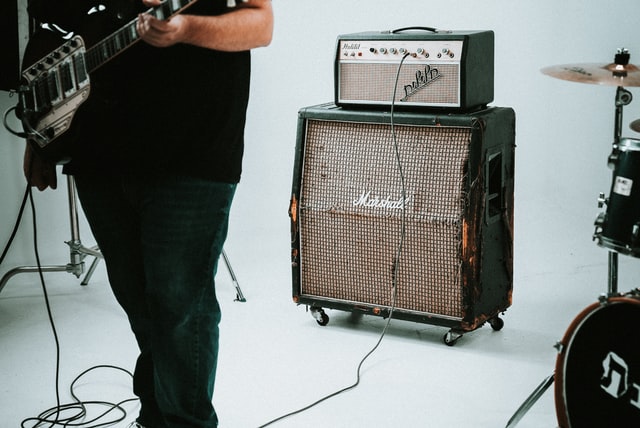 The global coronavirus pandemic has brought enormous changes to our lives. Starting from basic social distancing regulations and ending with countless companies that went bankrupt because of COVID-19.

For some reason, educational facilities decided that now is the perfect time to put more pressure on the students. No wonder they all are so desperate for external help. The number of Google requests for “how to write my paper on WritePaper” increased too.

Anyway, it’s not as dramatic as the real worldwide economic collapse, which, of course, touched the music industry too. There’s no need to mention every concert and festival that was canceled or postponed due to quarantine regulations. Most of us got upset at least a couple of times while reading social media posts about the cancellations.

Hopefully, artists found a workaround for this problem – live streams. Right, you still don’t get to experience the energy from attending a live show. But at least you can see your favorite band play live, even if they’re just on a screen. It’s the best we can get under these circumstances, anyway.

So, this list of the best upcoming live metal events was made to help you find a show to enjoy.

Yes, not everyone considers nu-metal a “true metal” genre. So, some may immediately get outraged by Korn mentioned in a metal article. But whether you like it or not, they played a huge role in the metal scene of the early 2000s.

We may get rid of the nostalgic value and face the truth that their sound wasn’t that innovative technique-wise. Yet, their music still sounded heavy and delivered powerful energy.

But what’s even more important – they inspired youth to get into metal and later, discover their favorite “true metal” bands. Anyway, enough with this 20-year old debate. They are heavy and they’re playing next week, so you might want to check them out.

Korn will be giving you an amazing live show from The Stranger Things – The Drive-In experience. Just like always, the most popular and the hardest-hitting tracks will be played, along with their more-or-less experimental new ones. All that will be accompanied by amazing visual effects and lighting.

If you’re into death metal, you probably know who Devin is. If not – he’s one of the founders of Strapping Young Lad. Yes, the mighty thrash/death/industrial metal collective that was really popular back in the late 90’s – early 2000’s. Townsend played the main role in the creation of their unique style and sound.

After the band was disbanded, Townsend made a few bands with his name and surname in titles following a more progressive approach to death and thrash metal. Needless to say, a solo career was launched too.

So, Devin Townsend will play the legendary progressive album Biomech, originally recorded by Ocean Machine (Devin, JR Harder, Marty Chapman). For every prog and death metal lover – this is a must-see.

And here’s where things start to get interesting, as this gig will occur on the same date as the one above. This lineup will make you scream in pain while trying to decide which show to watch:

Midnight plays insane old-school black’n’roll. Or whatever this combination of black and speed metal is called. And it’s a classic representation of a black metal one-man-band too.

Though, as you could obviously guess, there will be more than 1 member on the live show. Anyway, it’s a perfect chance to experience a journey on a Ford Interceptor through frozen wasted lands filled with violent creatures that are desperate to mutilate you.

If you like a slower tempo, here’s the one for you. Khemmis is a doom metal band that has this somewhat classical approach to the sound. Slow, low-tuned, ultra-heavy doom metal about eternal grief. They’re exactly what you’d expect from doom, and you won’t be disappointed at all.

Powerviolence? Deathgrind? Blackened death with noise? Whatever you call this embodiment of hate and violence in a wall of sound, you can never be prepared for it. In short, be ready to become annihilated. And if you like NAILS, buy tickets right now.

This is the closest thing to prog you’ll get in this Ex-Stream. Horrendous sound somewhat alike to Death in their late albums. Heavy, fast, technical, but with an innovative approach. Don’t worry, it will still melt your brain. In a pleasant way, of course.

Started as a more typical grind band, Wake has since developed a more strong blackened death tone to their music. There is an amazing balance between grind, blackened death riffs, and tones spiced by some crust influences. 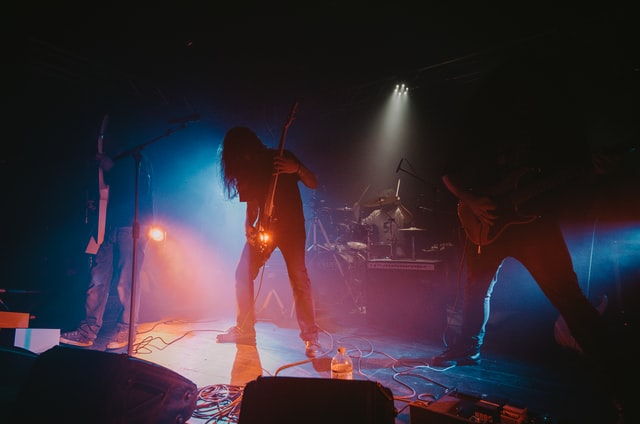 Here comes the band that has changed its style so drastically that their fan bases pretty much hate each other. Whatever part you belong to – on May 13 you’ll have an opportunity to hear your favorite tracks live.

It doesn’t matter if it’s that second-wave black metal or modern-ish extreme gothic sound you love them for. Oh, and if you’re one of those elitists who call Cradle Of Filth posers and “not true”, the next point in our list will surely get you satisfied.

Black metal masterminds and one of the most important bands of the second wave – Emperor. Ihsahn, Trym, and Samoth will be playing their classic compilation A Night of Imperial Wrath.

This band doesn’t need much of a description. You either know about these legends or not. Because if you don’t, there’s no excuse for missing this live show. Just buy a ticket and become swallowed by the all-absorbing Nightside Eclipse.

As you can see, there are plenty of different online events going on at the nearest time. And now is the perfect opportunity to see your favorite band live. It’s just a matter of opening a browser and clicking a link to the stream. So, use this opportunity to its fullest and explore some new musical horizons.