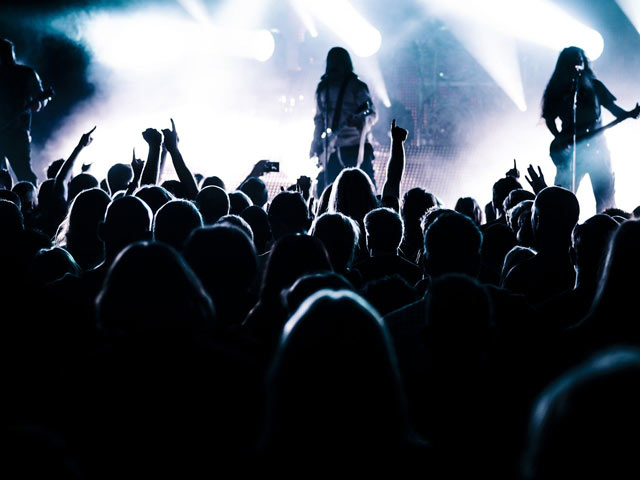 If you think metal is too cool for school, think again, and think hard because you’re mistaken. That’s right, my fellow metalheads, some bands and songs can actually teach you something. Strap in because you are in for an educational ride to see the best metal bands you can learn from.

Have you ever tried to learn a foreign language and failed miserably? I did, and I know that frustrating feeling well. If you want to learn German, there’s no better way than listening to some quality music in German. Rammstein is the band to begin your journey with their straight-forward lyrics and heavy industrial style. That’s something to sing and bang your head to.

Want to learn more about Norse mythology, but the Elder Edda is too incomprehensive, and the Marvel movie Thor just won’t cut it? Try Amon Amarth – a Swedish horde of metal Vikings who incorporate Norse mythology extensively into their lyrics. Listen to Deceiver of the Gods or the Surtur Rising albums to finally understand who is whose father and who kills who in this violent, brutal, and downright awesome mythology.

The Canadian death metal band is heavily inclined towards using the theme of Ancient Rome in their lyrics and aesthetics. These guys do not only talk about war, death, and violence; they speak about Roman wars, the destruction of the Roman soldiers, and brutal Roman violence. If I were writing a research paper on that period, I’d just let this band do my research paper for me because they know what they are doing. Embrace the pain and suffering of long marches through the frozen forests of Gaul and deadly ambushes of barbarians, and fight for the glory of the Empire.

Want to learn more about World War I and listen to some quality death metal from Ukraine? Well, there’s nothing better than 1914, a band that dedicates its artistic efforts to exploring the horrors of WWI. If you want a metal band that gives you both tons of information and a severe PTSD after a single listen, 1914 is your choice.

Behemoth is a Polish band, and sometimes they make songs in their language so that you can learn more about this mysterious language too. What’s harder than singing along to a Polish song or a Latin spell that summons ancient demons of wrath? That might be a good way to find out.

Have you ever heard a band that makes you memorize lines like these: “Rigor mortis sets in like a frost/Lacerated arteries, entrails in a mess”? Now you’d probably want to google what rigor mortis and those lacerated arteries are, wouldn’t you? I did, and here’s your educational part that makes Carcass one of metal bands to learn from. If that isn’t an education, then I don’t even know what is.

Alright-alright, I’m stretching it here, I know, but how could I not include this epic band even if it’s not very educational? But hear me out, there’s something to learn here too. First of all, you can learn more about the insanity of endless cosmos. Secondly, you can dive into the chaotic pit of darkness and stand beside the ancient deities of destruction. And on top of that, you now know about this awesome band! Thank me later.

This is a Swedish Power Metal, which already says a lot, and these guys make a strong emphasis on the themes of fantasy fiction. Already read and watched the Lord of the Rings and marathoned all of the Game of Thrones series? Well, that’s how you can add some more depth to your fantasy obsession. This band can educate you on whom the king on the Iron Throne, and what to do in the Halls of Moria. So, why not? 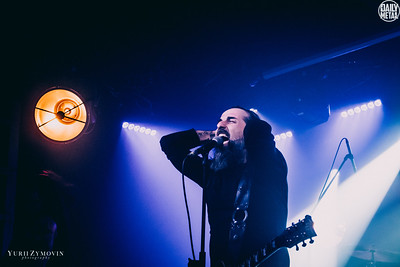 Well, not exactly an educational band, but you can still learn from Rotting Christ if you want to learn more about how to conjure demons, serve satan, make sacrifices, and be a well-rounded person. This band of Greek heretics can teach you how to conduct the rites of summoning if that’s your thing.

This Dutch band is all about World War II – wholly dedicated to this horrendous event in our history. These guys bring you a terrifying experience. If you want to learn more about WWII, you came to the right place.

Well, you don’t usually see Sabaton this close to the top of any metal band ranking, alright. These guys from Sweden play this military metal, and they give you the most detailed descriptions of battles in the music industry: “The road to the city’s been blocked, denied/To enter the gates, though they tried/When Prague was called to arms.” That’s like reading a Wikipedia article and listening to some generic power chords at the same time!

I could not resist putting Iron Maiden on top of this list. There’s no other band like this when it comes to telling stories and talking about the most exciting moments in our history. Have you heard Alexander the Great? That song is just crazy and even more informative than that Colin Farell movie. Did you know their lead Bruce Dickinson was a modern polymath, a well-educated doctor of sciences who also flies the band’s jet during the tours? That band is just crazy, and you can learn from it.

So, here you have it – top 12 metal bands you can get an education from. Metal is more than music. It is an entire world of awesome people who share their passion and knowledge with millions of fans around the world! Join in and learn more!