Judas Priest vocalist Rob Halford recently discussed his one-time ambition to host a show of “The Big 4 of the UK,” which would have emulated The Big Four: Live from Sofia, Bulgaria involving Metallica, Megadeth, Anthrax, and Slayer in 2010. Halford said the UK’s big four would be Priest, Iron Maiden, Motorhead, and Black Sabbath.

Clearly, that’s an amazing line up of bands that rivals the American equivalent and arguably surpasses it. However, Halford’s comments got us thinking about some of the UK’s other metal bands who a worthy of mention. If the Sabbath, Maiden, Motorhead, and Priest are “The Big 4,” which bands are a tier below?

Before jumping into this, it is worth adding a quick disclaimer. This is the internet, where you can stream movies, argue on Twitter, play at online casinos NetBet, and do just about anything you want. We understand that these kinds of lists cause debate about who should be included, so remember this is just opinion folks, play nice! 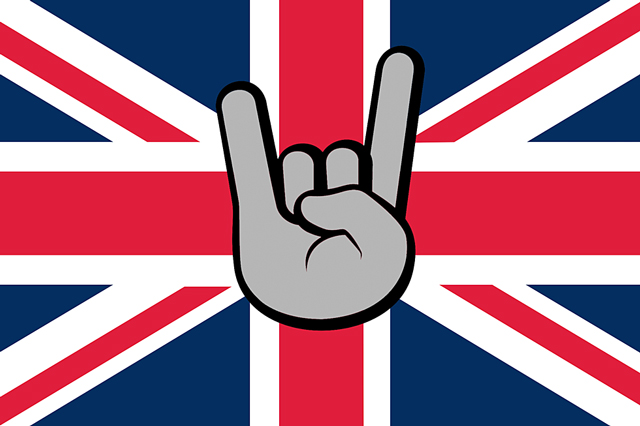 One more thing before getting to the list, let’s take a look at what Halford said about “The Big 4 of the UK” and why that dream of his will never happen:

“My dream had always been to have, like, ‘The Big 4 of the UK,’ without turning this into a kind of depressing way. I’d always dreamed of Black Sabbath and Motörhead and Priest and Maiden as ‘The Big 4’ doing something in the UK.

“Sadly, two-fourths of that has gone [referring to Lemmy’s death and Black Sabbath’s retirement], but the music lives forever. That’s the main thing.”

Ok, with that out of the way, here’s our look at British metal bands fighting to break into “The Big 4.”

When looking at Saxon, many people think about what could have been instead of embracing them as the massive band they are.

A general failure to break America has left Saxon with the status of the metal underdog, but the Barnsley outfit has been a metal pioneer since day one. One of the leaders of the new wave of British heavy metal, Saxon is also one of the busiest bands in the genre. 22 studio albums, 12 live releases, and 16 compilations give the Saxon newcomer plenty to sink their teeth into.

It is perhaps best to think of Diamond Head as the connoisseur’s choice of metal band. The English quintet was never able to generate a consistent level of success and had several periods of inactivity.

However, founded in 1979, Diamond Head was a hugely influential band that helped to shape modern metal music. Certainly, the band had a profound impact on the thrash metal movement, directly inspiring thrash leaders Metallica and Megadeth.

Like Diamond Head, Venom provided a source of inspiration for the thrash movement and the band was also among the first significant extreme metal groups. Controversy has followed the band because of the satanic symbolism used in its music and album artwork.

In typically British fashion, bass player Conrad “Cronos” Lant said this was all for entertainment. So important was Venom to the extreme metal movement that the whole subgenre of black metal was named after the band’s sophomore disc.