Metal has been around for nearly as long as rock and roll has. The genre is generally attributed to 1960s British bands and rock musicians who developed distorted guitar sounds, heavier drums, and bass guitar sounds that differentiate metal music from other types of rock. More developments occurred in the 1970s with the introduction of distorted power chords, guitar solos, and heavy riffs (we’re looking at you, Black Sabbath). The genre gained popularity in the 1980s and 90s when more aggressive styles started to emerge. Today, metal music has a significant impact on the rock music industry and other industries. One of the other industries we are talking about is the online gambling industry. We’ll talk about some of the best online slots for metal rock fans who are interested in online gambling.

Understanding Music-Themed Slots
Let’s talk about slot games for a moment in case you have no idea what they are. Slot games are casino games that are made up of reels (columns), rows, and paylines or win lines. The number of reels, rows, and paylines depend on the developer’s design preferences. Paylines are the lines the player is required to land a combination of matching symbols to win a prize. To play a slot game, you need to set your preferred bet and choose the number of lines where possible. The next step is to hit the “Spin” button to play the game.

There are many online slot developers in the iGaming industry and many of them have developed one or several casino games suitable for music fans. Whether you love heavy metal or hard rock, you are likely to find an incredible video slot that suits your music preferences. The reels of all slot games are filled with different types of symbols which are usually based on the theme. You can expect to come across pictures of band members, guitars, drums and other music-related symbols on the reels. Now that you know what music-themed online slots are, it’s time to discover some incredible online slots for metal music enthusiasts.

Formed in 1975 by Ian “Lemmy” Kilmister, Motörhead was one of the best English rock bands in the history of rock music. The famous band entertained heavy metal lovers for 4 decades with 22 studio albums, 12 compilation albums and 10 live recordings. Like most metal rock bands, Motörhead focused on various topics including sex, substance abuse, good, evil, and war. However, it’s a song about gambling that’s their calling card and what they’ll be known for years from now. “Ace of Spades” was released in 1980 as a single and became the title of the album.
Although the last surviving member of the band’s glory years died in 2018 at the age of 67, Motörhead’s legacy lives in different ways. For online slot fans, NetEnt brought the legendary band to the reels by developing a video slot with the same name as the band. Behind the reels is a beautiful stage with several musical instruments including drums, a guitar, and loudspeakers. The game features 5 reels, 76 fixed paylines, free spins, Wild wins, a Mystery Reel feature, and a Bomber feature. Fans of the famous band will love this slot because they can listen to some of the band’s famous tracks during gameplay by activating “music mode.” 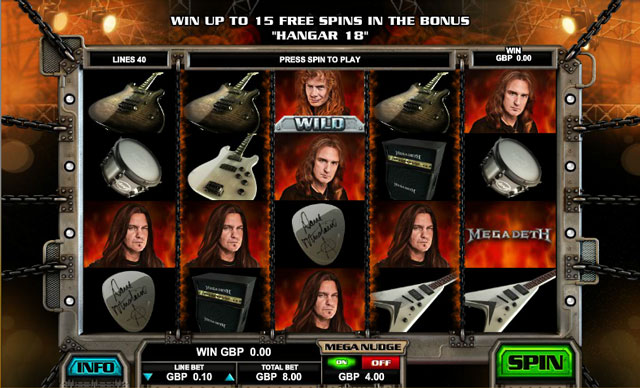 Megadeth is another great slot for fans of the popular American heavy metal band with the same name. The band was formed by Dave Mustaine and David Ellefson in 1983. It’s one of the best thrash metal rock bands known for songs with themes of war, politics, death, and religion. The band is still active and metal rock fans can expect new music and loads of fun. Online slot players can experience the fun in a unique way by playing the Megadeth slot featuring 40 paylines, current and former band members (Dave Mustaine, David Ellefson, Shawn Drover, and Chris Broderick), guitar picks, amplifiers, and musical instruments. You’ll be listening to some of the band’s famous songs as you spin the reels. 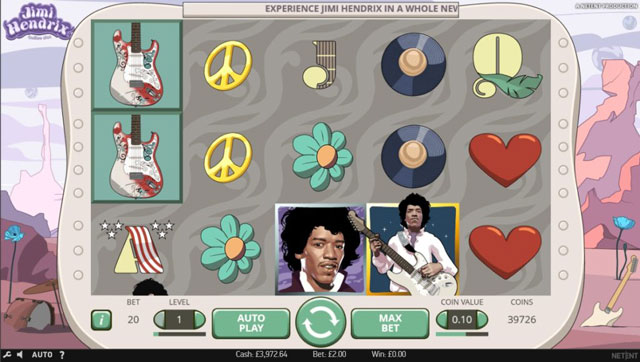 Jimi Hendrix is another legendary singer, songwriter, and guitarist in the rock music industry. He
synthesized various genres including rock and roll, jazz, blues, and R&B. Although his style of music may not be described as pure metal music, he contributed to the development of some of the key features of metal music including distorted guitar sounds and heavier drums.
The 5-reel, 20-payline online slot based on the singer features Jimi Hendrix himself, guitars,
loudspeakers, and some of the rock legend’s famous songs. Players benefit from free spins, respins, and prizes from the Pick and Click feature. If you are ready to spin the reels for a chance to win amazing prizes, we’ve found a great site where you can learn more about the game and other exciting slots. Visit http://www.kiwipokies.co.nz/real-money-pokies/ to play Jimi Hendrix and other music-themed slots for real money.