Virtuoso guitarist Jason Becker is best known for his work on David Lee Roth’s 1991 album A Little Ain’t Enough, as well as a series of shredding solo albums on Shrapnel Records. But shortly after joining Roth’s band and at the age of 20, he was diagnosed with amyotrophic lateral sclerosis (ALS, aka Lou Gehrig’s Disease). Though the disease left him paralyzed and unable to speak, Becker still continues to compose music with the help of computers, collaborators, and a system of communication using eye movements that was devised by his father Gary. And on March 26, some of Becker’s guitar buddies want to remind you that he’s still kicking ass and not dead yet!

Friend and fellow guitar virtuoso Joe Satriani will be headlining the Jason Becker’s Not Dead Yet benefit festival on March 26 at Slim’s in San Francisco. Proceeds from the show will go towards medical supplies for Becker as well as a trust fund for his future security. Also appearing on the bill will be Richie Kotzen, Steve Lukather, The Kehoe Nation, Flametal and many more. Tickets are as low as $25 and can either be purchased online or by phone (1-888-233-0449). It’s truly a great show for a great cause. 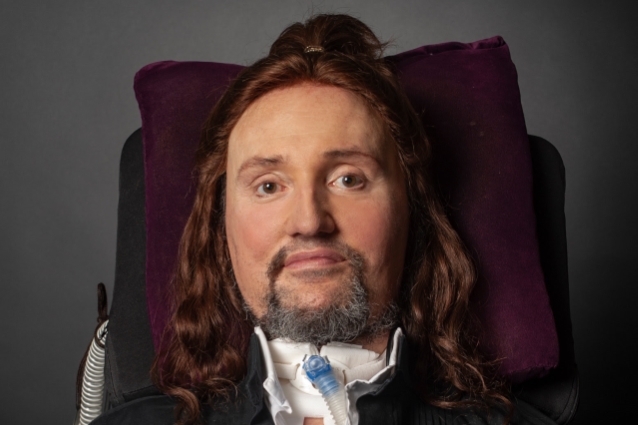